Since this is a brand new blog, it is not yet entirely clear which direction it will go or what shape it will take. We want to create relevant, useful, and interesting content for members of our community to enjoy. Finding that direction will take some work and exploration. In that spirit, here is our 3rd blog post, and first movie review. Please let us know what you think in the comments.

I watched Meru at the Landmark Guild Theatre in Seattle with my wife and 2 friends. The film is, in a word, incredible. Afterward, while eating fantastic Afghani food at nearby restaurant Kabul, my friend Ben asked the rest of us, "So, what's your Meru?". What he meant was, "What's the epic challenge in your life that you will stop at nothing to complete?". The question stumped me, and I have been thinking about it ever since. Conrad Anker's obsession with Meru confuses me. It is hard to describe his quest as anything short of insane. The peak climbed by the trio in the movie is actually the middle of 3 peaks that comprise the mountain named "Meru". It isn't the tallest of the 3, it doesn't even break into top 100 tallest peaks in the world, and it has been summited multiple times in the past. What made Anker's climb uniquely dangerous was the route they took along what is known as the Shark's Fin. This route is little known outside the climber community, but is considered one of the most difficult ascents in the world, and maybe impossible. This means that what Anker stood to gain was nothing more than glory among a very small group of people, and in order to obtain it he had to risk his life, the life of his 2 friends and protégés, as well as the possibility of leaving his wife and adopted children widowed for a 2nd time. It was a little depressing to think at the time of our dinner that there is nothing in my life that approaches that level of passion and determination.

After a week of contemplation, I realize that the creation of CloudLine is a piece of my Meru. Building a company that makes a great product, promotes activity and health, and delights its customers is what drives me. The film "Meru" has inspired me to push harder, go further, and risk more in that endeavor. And I'll keep climbing to make sure I reach that goal. 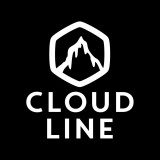